“Yet every human being and every group of individuals, irrespective of whether they are counted among His followers, can take inspiration from His teachings, benefitting from whatever gems of wisdom and knowledge will aid them in addressing the challenges they face.” 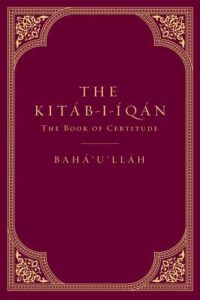 A treatise revealed by Bahá’u’lláh in Baghdad in 1861/62 in response to questions posed by one of the maternal uncles of the Báb, translated by Shoghi Effendi and first published in English in 1931. 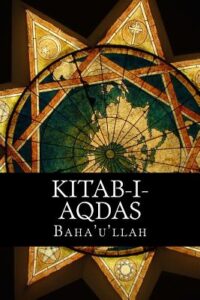 Bahá’u’lláh’s book of laws, written in Arabic around 1873 while He was still imprisoned within the city of ‘Akká. It was supplemented by later Writings and by Bahá’u’lláh’s replies to a series of questions posed by one of His secretaries. The first authorized English translation was published in 1992, annotated and accompanied by the supplementary Writings and the questions and answers. 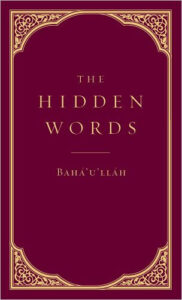 A work consisting of short passages revealed by Bahá’u’lláh in Persian and Arabic in 1857/58 during His exile in Baghdad, translated by Shoghi Effendi.

The Seven Valleys and the Four Valleys

Two works written in Baghdad after Bahá’u’lláh returned from Kurdistan in 1856. The Seven Valleys and the Four Valleys were addressed to Sufi mystics with whom He had been in contact in Sulaymáníyyih. These works are part of the publication Call of the Divine Beloved.

Epistle to the Son of the Wolf

A Tablet addressed to Shaykh Muhammad-Taqiy-i-Najafi, a prominent Muslim cleric who had persecuted the Bahá’ís. It was revealed around 1891 at the Mansion of Bahjí and translated by Shoghi Effendi.

A collection of transcriptions of table talks given by ‘Abdu’l‑Bahá in ‘Akká between 1904 and 1906 in response to questions posed by Laura Dreyfus-Barney, an American Bahá’í resident in Paris, and first published in 1908. The new edition, extensively retranslated, was published in 2014.

Tablets of the Divine Plan

Fourteen letters addressed by ‘Abdu’l‑Bahá to the North American Bahá’í community as a whole as well as by region—Canada and the Northeastern, Southern, Central, and Western United States. The first eight letters were written between 26 March and 22 April 1916, the remainder between 2 February and 8 March 1917.

The Advent of Divine Justice

A letter written by Shoghi Effendi to the Bahá’ís of North America, dated 25 December 1938.

Prayers and Meditations by Bahá’u’lláh

A selection of prayers and meditations revealed by Bahá’u’lláh, compiled and translated by Shoghi Effendi and first published in 1938.